WHAT ARE THE SOUTH AUSTRALIAN BOTTLE RECYCLING REBATES? 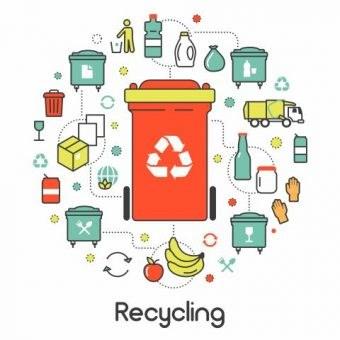 A fantastic initiative by the state government that has had many positive repercussions for the residents of South Australia is the bottle recycling rebate scheme. Initially, the system started all the way back in 1977 where the refund offered 5 cents for each eligible can or bottle.

There was no other similar scheme in place anywhere in Australia until the Northern Territory wisely followed suit and enacted a piece of legislation that came into effect finally in 2012. Since then every state in Australia has come on board, and of course, the rebate in South Australia now stands at a reasonable 10 cents per bottle.

The legislation has been an overwhelming success as the money has incentivised bottle recycling and brought it to the forefront of many people’s minds. There is widespread awareness, and people are responding accordingly.

We have the lowest percentage of beverage containers circulating through our waste cycle in the entire country, and we recycle approximately 580 million drink containers every single year. If you are interested and desire to know more about the South Australian bottle recycling rebates, then please keep reading!

WHERE CAN I TAKE MY BOTTLES AND CANS?

There are a few options when it comes to collection depots around Adelaide, but Thorntons Adelaide is the premier location when it comes to ease of access and quick, easy and accurate transactions. Our site is located conveniently just outside the CBD, and our drive-thru service makes it so you can be in and out in no time at all.

WHICH CONTAINERS CAN I GET REFUNDS FOR?

The most efficient way to recognise which bottles or cans are readily available for recycling is to search for the approved refund marking. The containers must also be purchased in South Australia to be eligible for the return.

WHY AREN’T ALL CONTAINERS CONSIDERED?

While a significant portion of all drink containers is ready for bottle recycling and the legislation has changed over time to include cartons, sports drinks and spirit based cans, there are still some containers that are not allowed.

Wine and spirit bottles as well as large fruit juice and milk containers and not eligible for the refund that comes with bottle recycling. The reason for this is because they are more commonly consumed at home and not in public, so they rarely end up in our overall litter stream.

However, you can still bring them in with your bottle recycling to Thorntons, and we can recycle them for you.

DO I NEED TO SORT MY BOTTLE RECYCLING?

It is not required, and our friendly team are more than happy to complete the sorting process for you. The only recommendation we make at Thorntons is that if you are looking to make your trip as efficient as possible, some level or sorting will speed up the process for everyone involved and get the money back in your pocket faster!